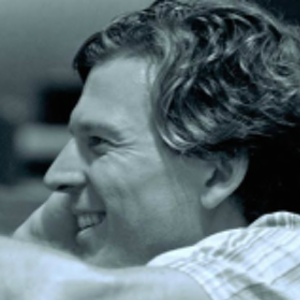 Bio: David specializes in new music, American music, and the intricacies of communication in choral singing and conducting.  Living in Los Angeles, David is the co-founder and director of VoiceScienceWorks.  Together with his partner, Laurel Irene, he helps vocalists learn to translate difficult voice science into immediately applicable tools.  He also sings, conducts, and composes with C3LA, the Los Angeles Choral Collective.  David earned degrees from the University of Alabama (Sandra Willets), and Oklahoma (Dennis Shrock), and a DMA in Choral Conducting and Literature at the University of Colorado (Joan Catoni-Conlon and Larry Kaptein).  In Boston, in addition to leading the College Choir and Chamber Singers at Holy Cross, he began Triad: Boston’s Choral Collective, a group that specializes in contemporary choral music, and sang bass in the LidaBros barbershop Quartet.  In New York, David served as the assistant director to Harold Rosenbaum’s Canticum Novum, conducted the Columbia University Glee Club, sang and conducted in C4: The Choral Composer/Conductor Collective, conducted the Brearley Singers and Chamber Orchestra, built a men’s choir at the Grammy Award winning Brooklyn Youth Chorus Academy, and taught middle school boys at the Collegiate School.  While in Boulder, David began Jubilate, a 50-voice a cappella touring choir, served as chorus director for the Boulder Bach Festival and associate artistic director for the Denver Bach Society, in addition to producing concerts of his own work. David is a voting member and a member of several committees of the board in the Pan American Vocal Association, the first professional organization devoted to vocology, and studied with Ingo Titze at the NCVS Summer Vocology Institute in Salt Lake City.  As a composer and arranger, David writes primarily for the voice, often including instrumentation.  His works draw from the range of techniques and approaches available today, striving in particular to integrate stylistic elements from across genres into a recognizably pleasing, yet new experience.  As such, his pieces often include the rhythmic underpinnings of contemporary popular music with traditional choral textures.  The presence of beatbox, rhythmically cyclical polyphony, and riffing are as common as homophonic hymn-like layering and fugues.  David is also a songwriter and solo performer with his guitar.