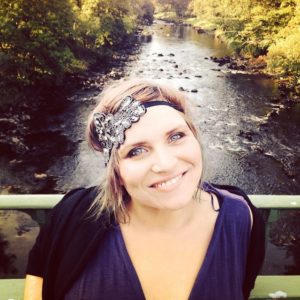 Bio: Kaya is an authorised Vocology in Practice™ instructor and has taught voice in a Higher Education level setting for over 10 years; at Liverpool Institute for Performing Arts (LIPA) for 7 years until she started at the “University of Chester” where she is still teaching and have designed the vocal curriculum. Kaya also took part in shaping the LIPA foundation certificate and also still heading up the summer youth music program, “Get Real Academy”. Previous engagements include visiting lecturer at University of Liverpool students and guest lectures at numerous Universities, schools, colleges and private music schools in UK, France and Norway.

Her formal qualifications include: Fellowship of the Higher Education Academy (FHEA), an MA in Performing Arts (Education) from the Liverpool Institute for Performing Arts (LIPA) and Liverpool Hope University, a BA (Hons) in Performing Arts (Music) and a Diploma in Popular Music & Sound Technology from LIPA, fellowship in the Higher Education Academy (HEA) and was working as a level 2 “Speech Level Singing” Instructor until she joined VIP as well as previous education in her native Norway including an HE diploma in Theatre and Music and training as a fitness instructor, which may explain her keen interest in vocal anatomy. Her first experience with teaching was in the sports world coaching football and ice hockey teams and leading exercise to music and Pilates classes, and she still using mental training techniques from the sports world in her teaching.

From Norway, Kaya originally made Liverpool her home 1999 till 2016 when she relocated to London. Kaya is a singer, songwriter, passionate lecturer, harmony fanatic and vocal geek with an interest in quirky instruments has become an established artist with a track record of performances from the “Royal Variety Show”, to the “BBC Songwriting Showcase”, from “Liverpool Sound City” to touring the UK and abroad, as a solo artist, and with her band “Science of the Lamps”. “Science of the Lamps” is well established in the Liverpool scene and continues to receive fantastic reviews. Kaya’s music has enabled her to support Brett Andersson (Suede), Noah and the Whale, The Wombats, Lamb, The Farm, Marina & The Diamonds, Dub Pistols to mention but a few, in the UK and abroad. Kaya’s own solo music has led to her being BBC Merseyside “Artist of the Month” and also “Spotlight Artist” for Liverpool Acoustic. When writing for others she’s seen her songs played on MTV and National Radio and TV and as part of three plays and two films, with the sound track to full-length feature film ‘My Lonely Me’ coming out in Spring 2015.

As musical director, she has worked with a vast array of bands, community choirs and professional groups, including collaborating with BAFTA winning composer Bill Connor on a piece for the Sing Out Project during Liverpool Capital of Culture celebrations, performances at the Royal Philharmonic Hall and at various festivals.

Kaya is a member of the award-winning choir “Sense of Sound” and regularly takes part in A Cappella performances such as the “Joni Mitchell Tribute Show” as part of the Liverpool A Cappella festival. Kaya has performed at the “Royal Variety Show”, singing with well-known artists Seal and Jon Bon Jovi, and backed Ringo Starr at the Liverpool Capital of Culture opening. She has also been a part of BBC nativity and completed session work in studios with various artists.

She also coordinated and headed up the preliminary judging panel of the “Make it, Break it Awards”; a songwriting contest for young musicians from 14 to 19 years old in collaboration with various partners such as Yamaha, EMI, HMV, British Music Experience, XFM Radio and the PRS. The main judging panel included industry luminaries such as Chris Martin, Harvey Goldsmith, Steve Levine, Guy Moot (Head of A&R EMI), Melanie Armstrong (Rock & Pop Manager HMV) and Mark Radcliffe (BBC) and Mike Walsh (Head of Music XFM).

As a director of the critically acclaimed Threshold festival, she has also worked on numerous other festivals, concerts and networking events including “Sound City”, “Liverpool Music Week” and “Øyafestivalen”, and runs the artist development and promotion arm of Balance through “Aurora Borealis Music”.